Frederick's Lounge. New York, New York. Unites States..October 14th 2006..Red Bulls French soccer player Youri Djorkaeff dances with his wife Sophie during a party with familly and friends after a game against Kansas City at the Giants Stadium.This game could have been his last one as a professional player if the Red Bulls didn't win 3-2. 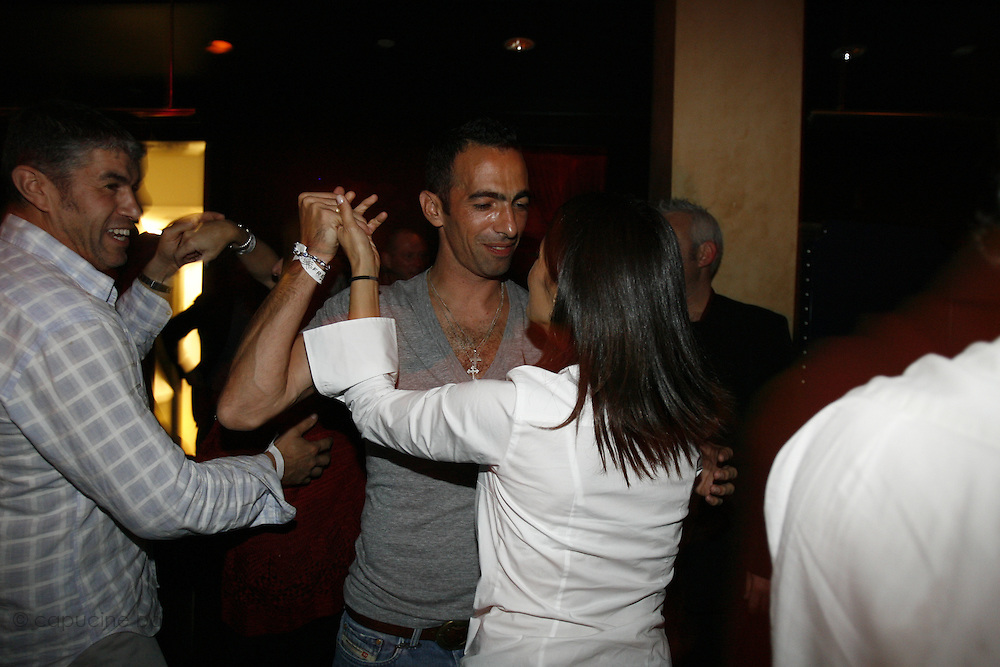