April 20th 2004. New York, New York. United States..Located in the heart of Greenwich Village, the West 4th Street basketball Court, known as ?The Cage?, offers no seating but attracts the best players and a lot of spectators as soon as spring is around the corner..Half the size of a regular basketball court, it creates a fast, high level of play. The more people watch, the more intense the games get. « The Cage » is a free show. Amazing actions, insults and fights sometimes, create tensions among and inside the teams. The strongest impose their rules. Charisma is present..?The Cage? is a microcosm. It?s a meeting point for the African American street culture of New York. Often originally from Jamaica or other islands of the Caribbean, they hang out, talk, joke, laugh, comment the game, smoke? Whether they play or not, they?re here, inside ?The Cage?. Everybody knows everybody, they all greet each other, they shake hands and hug: ?Yo, whasup man??. 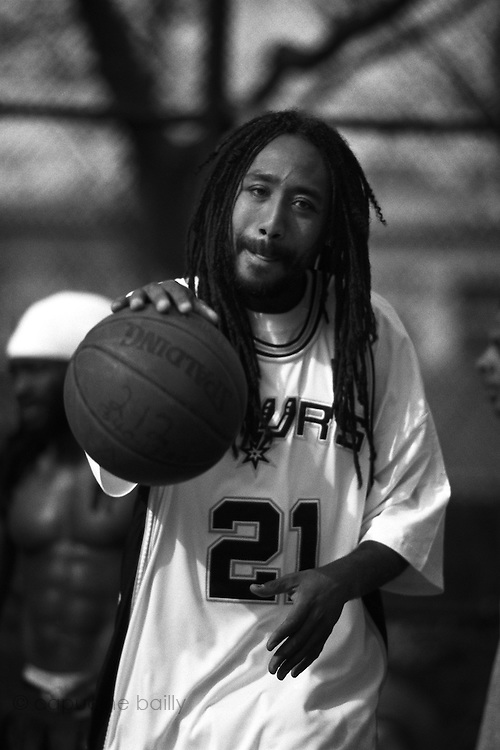